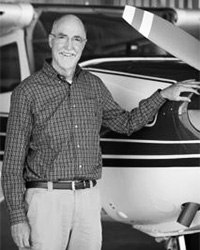 Dave Bushy specializes in working with corporate executives and their teams. It is his core belief that an effective leader is vital to a strong team. Through coaching, a leader can then become a coach for his or her own team – and teams always achieve better results than any one individual. Dave had the privilege to be mentored by the late Dr. Richard Hackman of Harvard Business School and strongly adheres to his research and findings on successful teams.

Dave is a respected former airline executive with extensive leadership and operations experience. During the course of a 30+ year career, he was a leader in transforming cultures and facilitating change at three different airlines. His passion was building teams and coaching them. Dave served at Delta Air Lines for 25 years, as a pilot and eventually Senior Vice President of Flight Operations, where he managed more than 10,000 people and a budget of more than $3B. He served as JetBlue’s Vice President of Flight Operations from 2003-2006 and then at Cape Air/ Nantucket Airlines as its first Chief Operating Officer and then President.

A U.S. Army veteran, Dave is a graduate of Bowdoin College in Brunswick, Maine. Dave earned his M.S. in Industrial Relations from the University of New Haven and has worked extensively in labor relations throughout his career. He graduated from the Coaching Certification Program at the Gestalt International Study Center in 2014 and is an ICF-certified coach.

Dave has lectured extensively at aviation universities in the U.S. and Europe and is a sought-after speaker. He serves on the Cape Cod Community College Board of Trustees and the Southeastern Massachusetts Board of Directors for the American Red Cross. He also mentors young aviation professionals throughout the world and routinely flies his vintage Cessna 175 throughout the East Coast, along with his wife Lisa, who is also a licensed pilot. 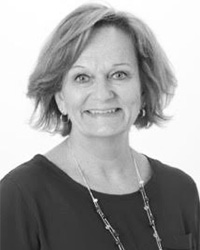 Debra Chaloux is a Leadership Coach and global Organization Development consultant who brings cross-cultural experience to her passion for the learning and growth of organizations and people. With over 30 years of business experience including work in retail, insurance, health care, manufacturing and the non-profit sector, Debra’s capabilities include organizational effectiveness, change management, leadership coaching and cultural awareness.

Debra has the reputation as a trusted partner who helps leaders navigate multifaceted organizational relationships and change by expanding their learning edge and capacity to lead. Her practical style is well suited for creating action while driving long-term strategic change.

As an expatriate living in Belgium, Debra served as the Vice President of Organization Development and Learning for Delhaize Group, a multinational retailer, where she consulted, advised and coached executive leaders. In this capacity, Debra worked with geographically dispersed teams with members from different nationalities, helping to facilitate strong work relationships and achievement of business goals. She brings a deep understanding of the complexities, challenges and excitement of working in a multicultural business environment.

Debra holds a Master of Science in Psychology from the University of Tennessee and has continued her post graduate education in Organization Development. She earned her coaching credentials at the Gestalt International Study Center and is a certified International Coach Federation (ICF) coach.

Debra lives in her home state of Maine with her husband, Steve, where they enjoy the outdoors and travel excursions to experience and discover new places. 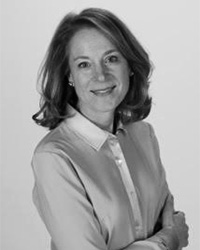 Susan Clancy is a leadership coach and business consultant who combines her senior management experience with expertise in human dynamics and coaching. She works as a trusted advisor to leaders, collaborating with them to create clarity, focus, and priorities for their work, their teams and their lives. Susan’s passion is helping managers in specialized disciplines like finance or technology communicate more effectively across functional lines including executive management and the Board. Susan has successfully coached entrepreneurs, small business owners, executives, and individuals.

Prior to becoming a coach, Susan enjoyed a 20+ career in finance and strategy, including C-level roles in global for-profit and non-profit organizations. She played a leadership role at two early Internet pioneers (ZDNet and CNET Networks) and ran Finance and Impact Investing for a world leader in microfinance (Accion International.)

Susan is a graduate of Cornell University and Harvard Business School. She received her training and certification in coaching at the Gestalt International Study Center in Wellfleet, MA. (ICF-certified) She also completed a certificate program in Positive Psychology taught by noted psychology professor Tal Ben Shahar.

In addition to running her coaching practice, Susan serves as Chief Financial Officer of a non-profit civic engagement start-up. She also serves on the Board of the Gestalt International Study Center. When she’s not coaching leaders or analyzing financial statements, you can usually find Susan on the tennis court, hiking in the mountains or listening to mindfulness teachings by Thich Nhat Hanh. 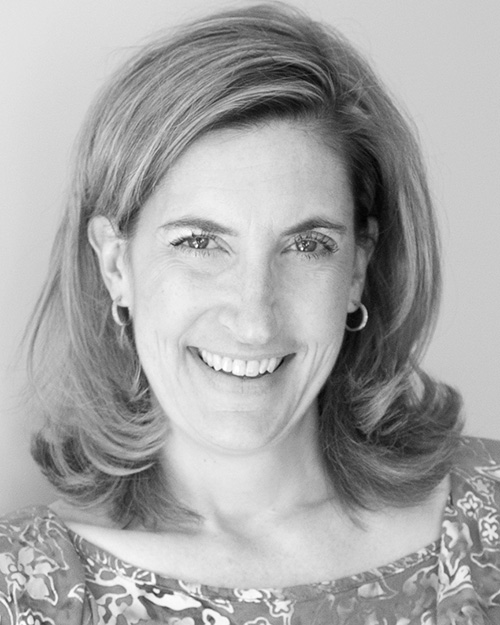 Allison serves a coaching client base while maintaining her position as CEO of F.H. Perry Builder. A noted local and national speaker Allison seeks to work with Emerging Leaders, Entrepreneurs, and Leaders and Teams in Transition.

Allison has a BS from Skidmore College and has studied business and leadership extensively, including certifications in Skills for Influential Leaders and Leadership in the 21st Century at the Gestalt International Study Center. She has honed her skill as a CEO of a Boston based business, and, in parallel, works with individuals and teams in multiple industries. Allison is a GISC-trained coach and is certified by the International Coaching Federation (ICF).

In her coaching practice, Allison supports the opportunity for deeper development and understanding of personal presence, impact, and strategic change. Allison believes strongly that individuals and teams cannot become who they want to be until they build a depth of awareness about who they are: why they make the choices they make, what limiting beliefs are at play, and what hidden commitments take energy. Allison is an advocate and a guide in discovery and uses coaching and speaking as a platform for radical empathy and experiential learning.

Allison joined her family business in 2000 and became owner in 2008. During her tenure with the company she has served on many industry Boards and was a member of the Boston Chamber’s Future Leaders class of 2008. Particularly dedicated to transformative education, Allison has sat on the Board of Trustees at Walnut Hill School for the Arts and Touchstone Community School. Currently, Allison is a Mentor for the Eastern Mass National Association of the Remolding Industry (EMNARI) and is a Remodeling Thought Leader.

Allison has been recognized as a Banker and Tradesman New Leader, a Professional Remodeler magazine Rock Star and was named to the Commonwealth Institute’s list of Top 100 Women Led Businesses three years in a row. Allison was recently named a Distinguished Mentor by Design New England Magazine. 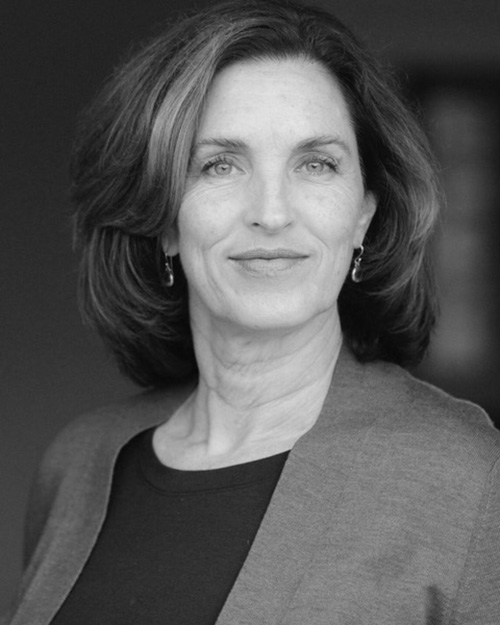 Laurie Fitzpatrick is an ICF-certified coach and a graduate of the Gestalt International Study Center (GISC) coach certification program.

She is now the Managing Director at GISC and an experienced leadership coach and communications professional.  Laurie has a depth of corporate experience, having served as a co-owner of an international seafood business for 15 years, and as Director of Public Relations for an architectural firm.

Laurie has been a leader at GISC for more than ten years and brings an approach to coaching that begins with compassionate exploration and then moves to insight, action and integration.  She believes that with proper support, every leader has the ability to reach their creative and leadership potential and to express all aspects of themselves.

Laurie is a graduate of Simmons College in Boston (B.A. Communications) and holds a Certificate in Publishing and Communications from Harvard University.  Laurie is also a devoted yoga practitioner and has worked extensively in the non-profit world as a volunteer and leader. 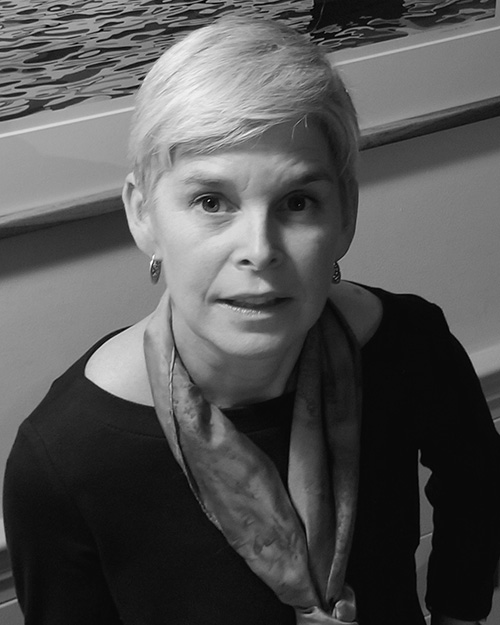 Lisa McNeill has spent more than 25 years in the nonprofit sector helping to strengthen the capacity of people and organizations to address community issues, including in the Czech Republic, Slovakia, El Salvador, New York City, Washington, DC, and on Cape Cod.

Currently, Lisa is a consultant and coach, partnering with people, companies, nonprofit organizations, and communities for positive change. Since 1993, Lisa has been in key leadership positions with the international organizations, foundations and grassroots organizations, including two start-ups. Her work has also included researching and reporting on social, environmental, and economic issues facing local communities. She has served on local and state-wide Boards, including Massachusetts Nonprofit Network, and she is currently Secretary of Cape Cod & Islands Commission on the Status of Women, and Board Chair of Pilgrim’s Landing, an Interspiritual Life Center in Chatham, MA.

Lisa holds an MA in International Development from American University and a BS in Business Administration from the University of St. Joseph. She received her Coaching certification from the Gestalt International Study Center in Wellfleet, MA and is ICF-certified. In addition to working with those in career and life transitions, Lisa has worked with clients in banking, manufacturing, natural resource management and mining, aeronautics, government, arts management, and the nonprofit sector.

Lisa lives on Cape Cod with her husband Ed and rescue dog, and she enjoys traveling, hiking, and writing poetry. Some of Lisa’s most gratifying and challenging experience came from being a foster parent with the Department of Children and Families for more than 10 years.

Sue Johnson currently works as a consultant and coach whose primary focus has been with individuals and organizations in transition.

She has held various leadership roles for both profit and non-profit organization having served as the Chief Operating Officer for a non-profit organization serving developmentally disabled adults throughout Southeastern Massachusetts, National Sales Manager for TECA instruments (a division of Vickers Medical), a Marketing Manager for Beckman Instruments, Neurophysiology Sales and the Director of the Neurophysiology Department at the University of Colorado.

She was a founding member of the Bridgespan Non-Profit COO Network, a Professional Associate at Gestalt International Study Center, Chairperson of the GALE Fund of the Cape Cod Foundation, Unsung Heroine from the Mass Commission on the Status of Women and most recently is the Board Treasurer for Pilgrims Landing – Cape Cod’s Spiritual Life Center in Chatham.

She is a graduate of several GISC programs including Leadership in the 21st Century, Coaching Leadership Transition and the first Competency Development Program for Coach Certification. She majored in Physical Therapy at Boston University and also received her business degree at Pepperdine University.

Get a Free 30-minute Consultation

We'd love to hear from you. Feel free to reach out for a free 30-minute phone consultation, to see how executive coaching can help you and your orgniaztion.

Get a FREE Consultation

Please complete the form below to get a free 30-minute coaching consultation. We look forward to talking with you.